Home is where the wine is…

…or something. It’s so easy to get behind on these Photo Challenges! Not to mention these two had me kind of stumped. I had a picture picked out for last week’s challenge, Home, but it was kind of depressing and I wasn’t really into it. I had a few random ideas but decided to go for the easiest and most obvious choice of taking a picture of the view from my new home. I spiced things up a bit my throwing in my little Bencini man with his jug of wine in there, because, you know, wine is a very homey thing in the city. Or the country.. or the mountains, beach, dessert or jungle. For open water homes (fishing charters, cruise ships, log rafts) I’d suggest whiskey, straight.

I was in my own little world last week, so much so that I completely missed the fact that my Heartichoke picture from the Love Photo Challenge was highlighted in a post dedicated to Valentine’s Day, along with many other beautiful and inspiring photographs. It is an honor to have your work appreciated, especially if it’s a piece your particularly proud of. A shout out and big “Thanks!” to Cheri over at The Daily Post who enjoyed my photo interpretation on love, and was kind enough to share it!

This week’s challenge, Kiss, was definitely a challenge. There isn’t really any wildlife around here that I could photograph, and I think if I went around taking pictures of random people kissing in Toronto I’d probably get called a pervert and get punched in the face. I didn’t want to put a picture up of Tyler and I kissing, because I wanted to spare you of that horrible, disgusting sight (you’re welcome). That left me with scouring the apartment for something I could work with, I was rolling my eyes in frustration when I noticed another decorative piece that I could use.

These love birds were received as a wedding gift. Okay, technically they’re not kissing. They’re close enough. Actually, sometimes this is the best part of a kiss, that moment you look into each other’s eyes after a beautifully romantic kiss and then he pulls away, burps and turns on the hockey game and you’re like, “Couldn’t we have just savored that for another five seconds?”, and he’s like, “What? The game is starting… did you say something about nachos?”, and you mumble to yourself as you get up, “Yeah, I’ll get the damn nachos.”, because really- you want those nachos too.

Now what do you think about that? Cancel reply 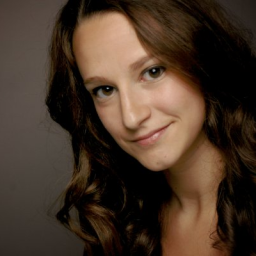